In an attempt to fulfill the lofty ambitions of the original Human Genome Project, Duke University engineers, scientists and physicians are joining forces in a new initiative to develop the missing technologies needed to understand the tangled genetic webs underpinning many of humanity’s most stubborn diseases and unearth new drug targets and gene therapies to fight them.

The complexity of human biology and the big data stemming from it have all but walled off efforts to comprehensively understand the functions of most of the human genome. To scale these walls, the Duke Center for Advanced Genomic Technologies (CAGT) will build upon its faculty’s long track record of pioneering tools and techniques to probe the human genome, with a particular focus on teasing out the secrets of the so-called “dark genome”-the vast but largely unexplored territory of non-protein-coding DNA thought to hold the keys to treating common, complex disorders such as cancer and neurological disease.

“There is an amazing team of engineers, scientists and clinicians at Duke coalescing around the challenges of studying and manipulating the human genome to treat disease,” said Charlie Gersbach, a leader in the development of CRISPR-based technologies who will direct the CAGT. “The mission of the CAGT is to build on their strengths, integrate their expertise, and support their entrepreneurial efforts to maximize impact of tackling grand challenges in genomics and epigenomics.”

Launched with the support of the Pratt School of Engineering, the Trinity College of Arts and Sciences and the School of Medicine, the CAGT will focus its efforts on five key areas: genome structure and function, gene regulation, epigenomics of disease, genomics of drug response, and genome engineering technologies. Its faculty are already noted for pioneering advances in genomic tools and technologies, including next-generation DNA sequencing, CRISPR-based genome editing, high-throughput assays of genome structure and gene regulation, and single-cell genomics, which together provide a powerful toolkit for exploring these frontiers-especially the dark genome that makes up 98 percent of our shared blueprint.

In a clear sign of their potential, many of the Duke-born technologies developed for this work formed the basis of a Duke biotech startup called Element Genomics, which was acquired in 2018 by UCB, a global pharmaceuticals company with a focus on neurology and immunology.

Researchers know that the dark genome harbors the genetic regulators responsible for more than 90 percent of susceptibility to common diseases, including neurodegenerative, neuropsychiatric, autoimmune, and cardiovascular disorders, as well as predisposition to cancer. However, most studies of human gene function have completely ignored this gigantic piece of the puzzle, even though it is these mysterious genetic sites that represent a tremendous opportunity to attack diseases from a new direction. The lack of attention to the dark genome has historically been due to a lack of technologies for studying this biology.

With a number of world-leading biomedical engineers and scientists, Duke is emerging as a powerhouse in areas spanning gene therapy, stem cell and organoid technologies, microphysiological human tissue systems for drug testing, single-cell analysis tools, and innovative computational methods for analyzing large genomic datasets. A major goal of the center is to develop and integrate these otherwise disparate technologies and disease areas into a novel, concentrated approach to genomic discovery.

“This center is unique in that it’s focused on decoding the dark genome,” said Ravi Bellamkonda, Vinik Dean of the Pratt School of Engineering. “This is crucial to understanding complex diseases like schizophrenia, cancer and Alzheimer’s, and Duke is one of the few places with the depth and breadth of expertise to believe such an outrageously ambitious project might just work.”

Moreover, such technologies can be applied to any range of diseases or biological questions. Aside from big plans to tackle the dark genome, a few of the center’s first projects aim to identify the gene regulatory networks that distinguish healthy versus diseased immune responses; understand how drugs used in oncology, inflammatory diseases, neurology and genetic diseases impact gene regulation in disease states; and define the function of genetic regulatory elements in different cells and environmental contexts. Identifying the right collaborations to answer the right questions at the right time will be an ongoing process within the CAGT and as part of the international genomics research community. 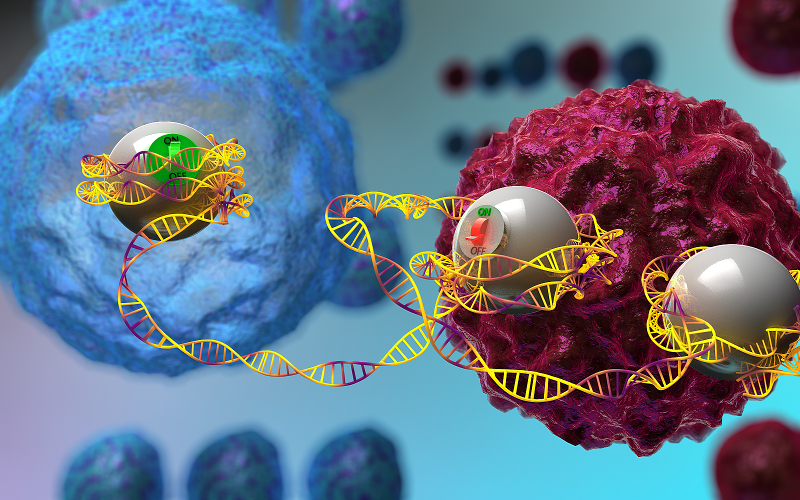 “The CAGT is an important part of our strategic plan to unify and elevate recognition of Duke’s tremendous expertise in cutting-edge genomic technologies,” said Colin Duckett, vice dean for basic sciences in the Duke University School of Medicine. “The opportunities created by building around existing successes of our faculty and integrating their efforts with complementary genomics activities through the new Duke Precision Genomics Collaboratory were clear.”