Metastases, the spread of cancer cells to new areas of the body, are common and devastating complications of many kinds of cancers. For instance, bone metastasis occurs in 73% of advanced breast cancer patients while 90% of lung cancer patients’ deaths are linked to metastasis. Moreover, about 40% of the most common form of lung cancer cases, non-small cell lung carcinoma, exhibit bone metastasis. When cancer cells invade into other parts of the body, they produce molecules that promote tumor growth. As a result, both breast and lung cancer metastases are associated with high mortality and morbidity. However, there are no available therapies to cure breast and lung cancer metastases. Therefore, there is an urgent need to identify molecules that could be targeted to prevent and disrupt metastases.

This invention can potentially be used in cancers that have increased ABL kinases activity including liver, uterine, kidney carcinomas. 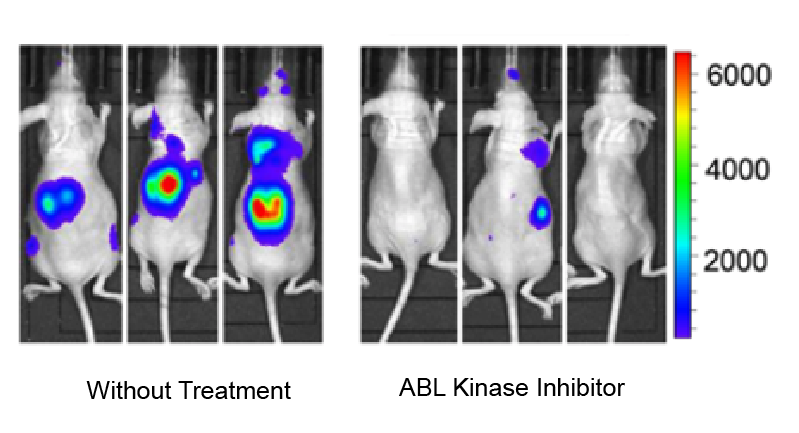