Rapid application of portable tourniquet for use in junctional regions

There is a need for easy to use, efficient and cost-effective tourniquets for hard to isolate areas such as junctional regions of the body, areas that are not suitable for application of circumferential pressure application such as the neck, joints, and pelvis. With the use of current products, a tourniquet can be applied to a junctional region in roughly 81 seconds, nearly a minute and a half where a patient is left bleeding profusely out of an arterial region. Furthermore, the users with the best time scores for applying junctional tourniquets are combat medics who can apply one in 74 seconds while lesser trained individuals such as EMTs are able to apply the same tourniquet in almost 90 seconds, nearly 16 seconds slower. Further, this lost time and long process has resulted in an estimated 17-19% of all preventable deaths in the Iraq and Afghanistan wars. Current products on the market are either too expensive for widespread distribution, unintuitive and difficult to use, or too cumbersome for use in variable situations.

Duke inventors have developed a cost-effective and portable tourniquet for use in junctional regions. This is intended to be used in field situations such as ambulances and combat hospitals, where traditional tourniquets for junctional regions are either too expensive and/or incompatible with the environment. Specifically, a self-inflating, small, quick and affordable pneumatic application tamponade system which can apply pressure to vasculature in regions of the body where circumferential pressure is not achievable. The device utilizes a strap and bladder system which is filled using a CO2delivery system for quick application, applying pressure in typically hard to isolate areas such as joints, while a manual pump can be used for further pressure modifications if necessary. This has been demonstrated in multiple prototypes used for both product development and funding applications. 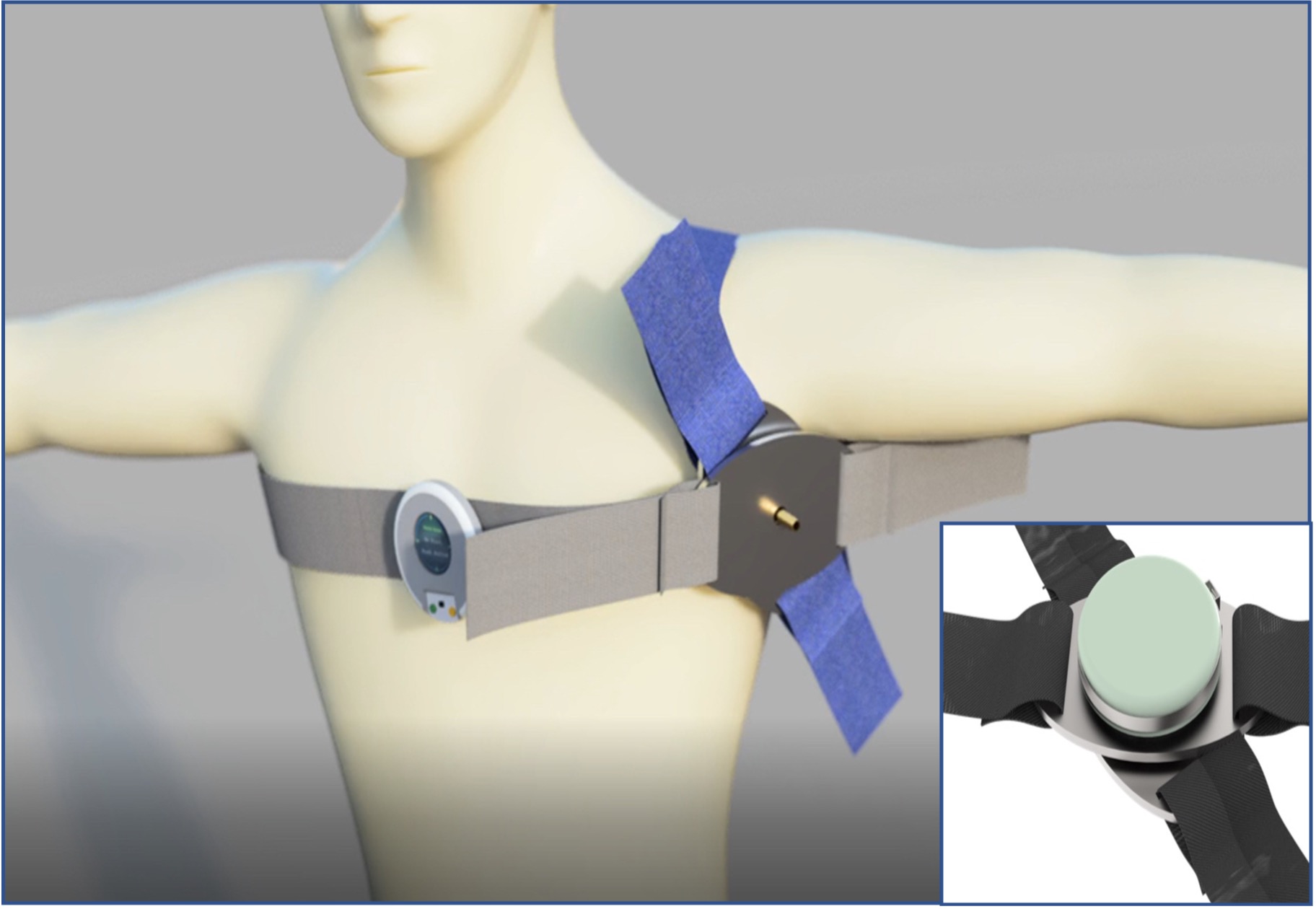