Lasers are frequently used in surgery, particularly in dermatology and oncology, to excise harmful tissue from the body. However, due to the difficulties in guiding laser surgical instruments, these tools may fail to destroy all targeted tissue while at the same time causing unintended damage to nearby healthy regions. There is a need for technology that can more precisely guide the path of these laser surgical tools so that they destroy all targeting tissue while preserving as much healthy tissue as possible.

Duke inventors have developed a data-driven algorithm for optimizing the targeting and guiding of laser surgery tools. This is intended to work with existing laser surgery systems to help surgeons simulate the surgery method before tissue resection. Specifically, the software includes both a calibration component for building a 3D model of the tissue being cut, as well as a planning component that computes the optimal orientation and boundary for the laser scalpel to minimize damage to healthy tissue. The system relies on stereovision, in which a 3D representation of the tissue is formed from a pair of cameras aimed at different angles. First, the calibration process uses 3D-to-3D least squares optimization with random sample consensus to find a feasible 3D region. This method minimizes any calibration errors and increases the precision of the stereovision calibration. Then, the system uses this model to identify a 3D boundary between healthy and target tissue and optimizes the laser orientation to minimize collisions with that boundary. This has been demonstrated in a series of simulation experiments confirming the robustness of the algorithms.

Stereovision calibration and path planning have applications in numerous other technologies, particularly in robotics. 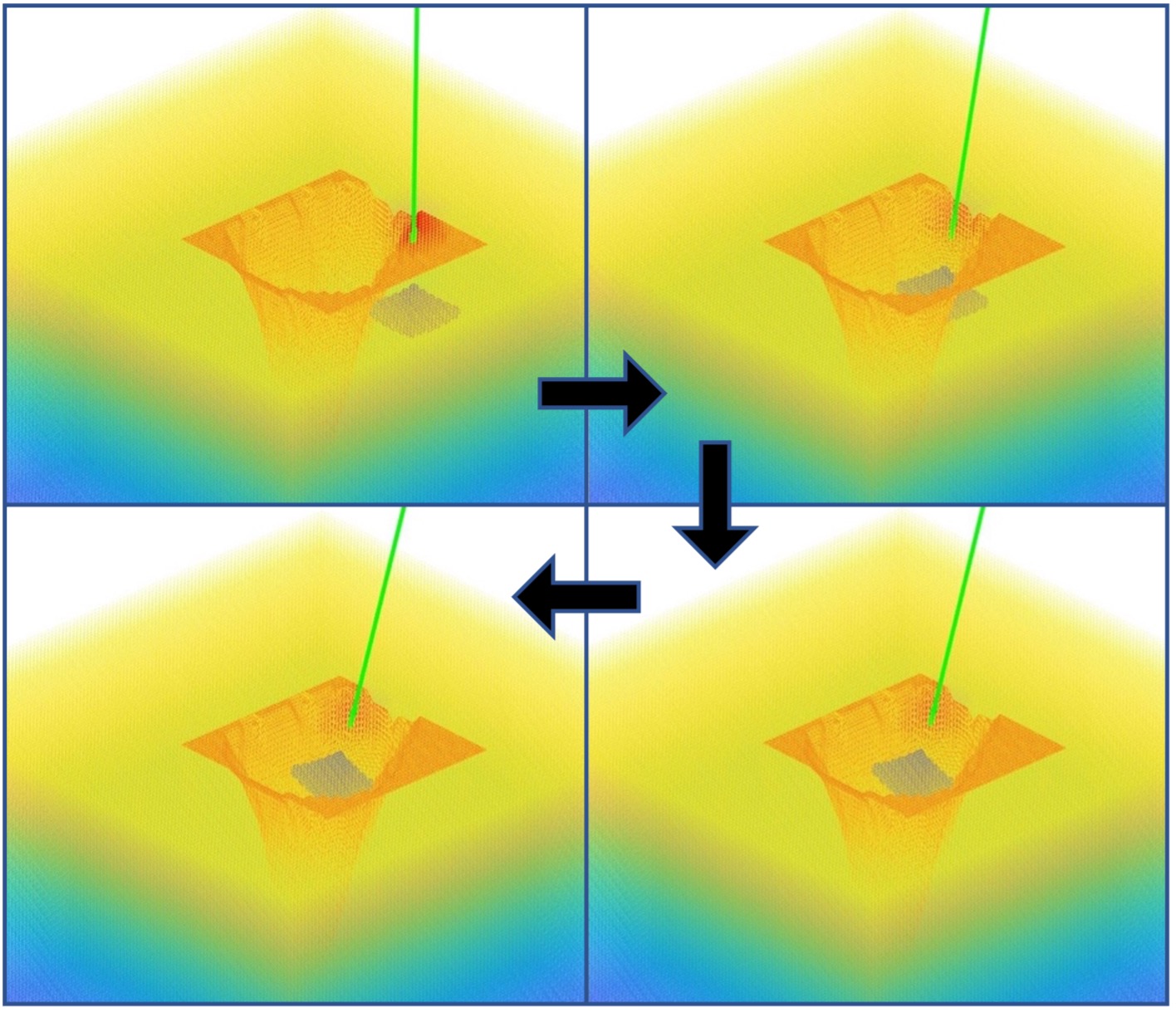