Despite the recent rapid development of virtual reality technologies, they still remain at the early stages of adoption partly due to the technical capabilities that greatly influence user experience. For example, selection and manipulation of virtual objects in augmented reality displays and world-fixed displays, such as cave automatic virtual environment systems (CAVEs), are limited by the narrow avenue of interaction possibilities provided by wand controllers. Issues, such as occlusion and the lack of realistic haptic feedback caused by such a user interfaces, hinder the ability to perform realistic interactions and limit the immersion experience of the user. Accordingly, there is a need for improved systems and techniques for allowing users to interact with virtual objects within augmented and virtual reality environments.

Duke inventors have developed a tangible interaction technique for object manipulation in world-fixed virtual reality displays, as well as augmented reality displays. This technique is intended to offer a more immersive experience for those who play video games or utilize world-fixed virtual reality displays for other uses, such as job training. The interaction, coined “Specimen Box”, is inspired by the use of specimen jars in the 1800s. Specimen Box is an object manipulation technique in which users pickup, touch, and feel a clear box but can’t physically reach the virtual contents displayed inside. In user studies, the prototype has been demonstrated to offer more realistic performance than the existing bi-manual technique, Grab-and-Twirl. 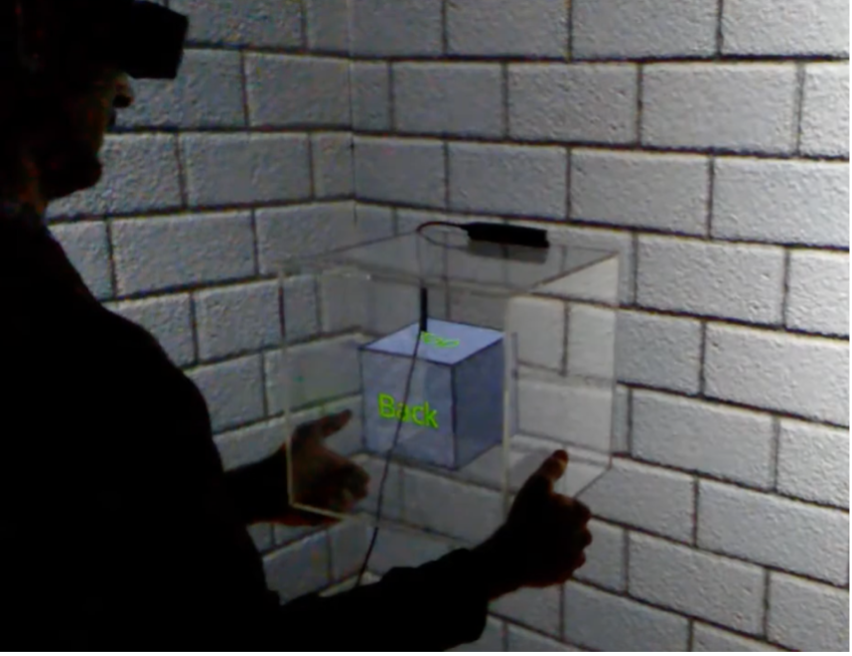