Carbon nanotube field-effect transistors (CNFETs) have emerged as one of the most promising tools to improve the energy efficiency of next-generation integrated circuits (ICs), which are used in virtually all electronic equipment. However, the immature CNFET fabrication process often leads to variations and manufacturing defects which can hinder their high-volume manufacturing. Conventional test-generation methods are limited in their utility to detect variations-induced faults in CNFETs. Thus, there is a need for improved delay fault testing in carbon nanotube FET-based logic circuits.

Researchers at Duke have developed a method to test for manufacturing faults in ICs based on CNFETs. This technology is intended to improve the manufacturing feasibility of CNFETs and enable their application as a more energy efficient integrated circuit for computers, smart phones, and other electronics. Specifically, this technology takes CNFET-specific process variations into account and identifies multiple testable long paths through each node in a netlist, as part of an end-to-end IC design process. It ensures the detection of delay faults through the longest fault, even under random CNFET process variations. The variation-aware delay fault method was integrated with the existing commercial EDA tool to create an efficient and nondestructive end-to-end delay fault testing flow. Simulation results for multiple benchmarks showed significantly improved coverage and test pattern grading. 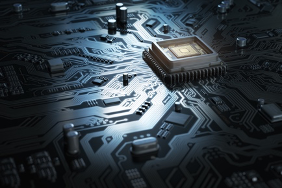