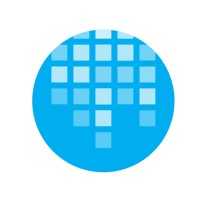 Qatch Technologies develops microfluidic instrumentation that prescreens injectability and manufacturability of biopharmaceutical drugs to de-risk the preclinical phase in the drug development process.
QATCH is developing a tool to prescreen injectability and manufacturability of biopharmaceutical drugs. The goal is to determine the feasibility of viscosity characterization of high concentration protein formulations (HCF) by QATCH’s microcapillary quartz technology.
HCFs are non-Newtonian fluids with shear-thinning behavior and they are administered to patients by subcutaneous or muscular injections. The injectability of HCFs depends on the viscosity at high-shear-rates (usually over 100,000 1/s). QATCH’s proposed technology implements a microfluidic capillary viscometer on a quartz resonator. This unique combination can interrogate low shear-rate regimes while also measuring the thickness-shear mode resonances of the quartz resonator, which observes viscosity values over 1,000,000 1/s. As a result, the viscosity of HCFs can be characterized over a wide range of shear-rates with very small fluid volumes. In preliminary studies, QATCH had demonstrated that microfluidic quartz can measure viscosity at high-shear-rates experimentally and had modeled the response of the microfluidic quartz resonators to the capillary filling of shear-thinning fluids. To accomplish the objective of this SBIR proposal, QATCH will test the low and high-shear rate measurement capability of the system and then calculate the required injection forces for well-studied formulations.